AIDS is caused by the Human immunodeficiency virus – HIV

Home/Articles/AIDS is caused by the Human immunodeficiency virus – HIV

AIDS is caused by the Human immunodeficiency virus – HIV

AIDS is caused by the Human immunodeficiency virus (HIV), which damages the body’s defense system. People infected with HIV usually live for years without any signs of the disease. They may look and feel healthy, but they can still pass on the virus to others.

HIV is a retrovirus with two primary types: HIV-1 and HIV-2. There are many strains of both types and all mutate rapidly, which has made it particularly difficult for researchers to find an effective vaccine or treatment for the virus. HIV infection is often mostly or entirely asymptomatic (without symptoms) and the most common signs, which include fever, fatigue, rash, and lymphadenopathy (swollen lymph nodes), are often mistaken for mononucleosis, flu, or similar, comparatively harmless diseases.

Mother-to-child transmission (MTCT) is the largest source of HIV infection in children below 15 years . MTCT also known as perinatal or vertical transmission occurs when HIV is spread from an HIV positive woman to her baby during pregnancy, labour and delivery or breast feeding.

Over nutrition is mainly the problem of adults and few adolescents especially the urban dwellers. It is a rapidly escalating public nutrition problem, principally reflecting shift in dietary patterns and more sedimentary lifestyles. The situation in Nigeria where economy favor a particular group than others, the poor gets poorer while the rich gets richer had brought about a higher percentage of over nutrition- Nigerian big man disease. 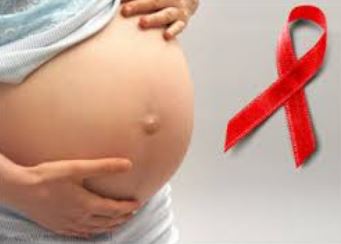 HIV medications are relatively easy to obtain in developed countries, but only 1 in 7 in Asian countries and 1 in 10 in African countries have access to HIV antiviral drugs. Micronutrient deficiencies are commonly observed in those with advanced HIV disease and are associated with higher risk of disease progression and mortality. In those receiving HAART, immunologic function is restored but these drugs do not eliminate weight loss and wasting.

Most of the chiropractic work done with HIV/AIDS patients is new and very clinical. Clinical studies indicate chiropractic can: 1) boost immune system function, 2) help with secondary symptoms (i.e. peripheral neuropathy), 3)address quality of life issues (reduction in stress, the prevention of disease and symptoms). All of these are self empowering HIV/AIDS patients to live a more positive quality of life. This in turn increases life expectancy.

Currently, there seems to be even greater optimism in the treatment of HIV/AIDS because of a new complex of vital food supplements called glyconutrients. This newly discovered category of nutrients has significantly improved the quality of life for HIV/AIDS infected people – adults and children – in field trials and medical professionals and global leaders are excited about their application and their impact.