Best healthcare system in the world

Home/Articles/Best healthcare system in the world

Best healthcare system in the world

2. Singapore : Small but beautiful country to make the top of the Prosperity Index’s health sub-index. Singapore’s population about 5.6 million have an average life expectancy of 83.1 years old.

3. Switzerland : Very Rich, Natural beauty and incredibly healthy environment. People of Switzerland have every thing they need to enjoy a happy life. Switzerland healthcare service is universal and is based upon the mandatory holding of health insurance by all citizens of the country.

4. Japan : It is in the top 4 position of the health sub index. The country’s life expectancy is 83.7 years, is the highest on the World. That has caused demographic issues in the country, with its population ageing rapidly.

5. Netherlands : In 2015, the country Netherlands achieved the number one spot at the top of the annual Euro health consumer index, which compares healthcare systems in Europe, scoring 916 points of a maximum 1,000 points.

6. Sweden : As with most quality of life and health rankings, northern European countries like Sweden score highly points in the index. Swedish men have the 4th highest life expectancy of any nation, living expectation an average of 80.7 years.

7. Hong Kong : Beautify but small city state of Hong Kong has 11 private and 42 public hospitals to serve its population of about 7.2 million people. In 2012, women in Hong Kong had the longest average life expectancy of any country on the earth.

8. Australia : Wealthy country and low pollution, it is not surprising that Australia is ranked as the healthiest nation. Its average life expectancy is 82.8 years, the 4th highest in the earth.

9. Israel : It is the highest ranked of any Middle Eastern country on the the health sub-index, and the country has the 8th highest life expectancy is 82.5 years.

10. Germany : Germans are one of the healthiest people on the earth. German’s average life expectancy is 81 years old.

11. Belgium : Beautiful natural country like Belgium living with an average age of 81.1 years. The country has universal healthcare system, but it has mandatory health insurance for all citizens of the country.

12. New Zealand : Considering New Zealand is one of the most active countries in the world, with the nation punching well above its weight in international spots competitions. It has an average life expectancy of 81.6 years old.

13. Norway : Norway healthcare system is free for children under 16, but adults must pay for services. The country spends more per person on healthcare than any other country in the Europe. 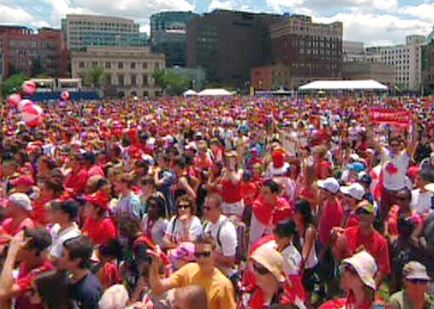 14. France : Know for its quality health services , it is not surprising to see France close to the top of the index. France average life expectancy is 82 years.

15. Qatar : Qatar is another middle east country has highest healthcare system. The wealthy citizens of Qatar have recently started getting benefits a universal healthcare system across the entire country and increase average life expectancy.

16. Canada : The country Canada has a healthcare law passed in 1984 as Health Act for better health facilities for the citizens of the country and in recent years the number of Canadians in the USA for health checkup.